It's that time of year again! I started this little yearly breakdown last year and had a great time doing it. So for 2017 I'm bringing it back to talk about what an amazing year it's been! Hit the jump to find out which anime in the first half of the year caught my eye! 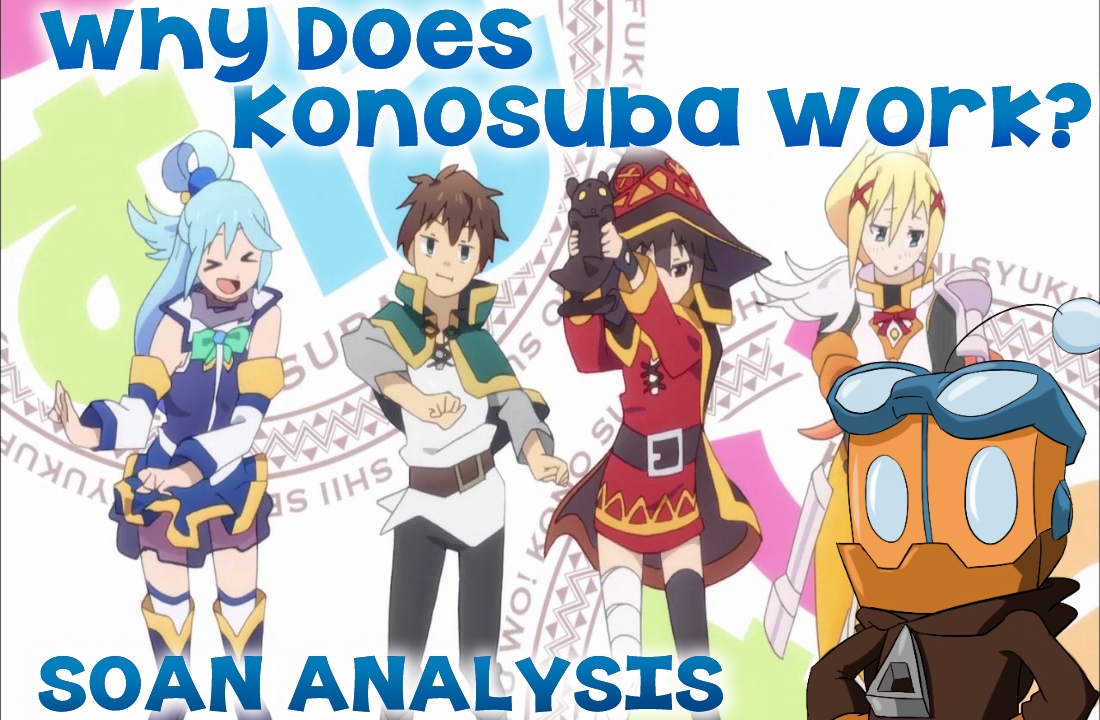 Well, it was one of the hottest anime comedies of last year, and seeks to take that trophy again this year with its second season. For the occasion, I've decided to sit down and really think about what makes KonoSuba gut-bustingly hilarious.

Yep, yet ANOTHER article on Yuri on ICE. But I swear I have a good reason this time, since Crunchyroll's first ever Anime Awards ended up being butchered by popular vote, especially when it came to categories that Yuri on ICE was nominated in. With its runaway success, I would like to take a moment to explain why I did not like the anime as much as others. In fact, I found it rather lacking in multiple departments. Hit the jump to find out just why I'm a soulless and homophobic monster.

With Winter and Spring bringing in the 2016 year, it's quite the healthy start for anime! Read Part 1 of this article for a full breakdown on those seasons. But with this article, I'll be going over what I watched in Summer and Fall. While Summer was jam-packed with a ton of anime I watched, Fall was....well, hit the jump and find out.

Follow The Studies of a Born and Bred Nerd on WordPress.com

Hey guys, my name is Travis, and I'm a dweeb. I've always had a love for the nerdy nature of the internet and a love for writing. It took me far too long to come to the conclusion of making a Blog dedicated to just that! My expertise lies in Japanese Animation and Video Games, so you'll be seeing a lot of articles based around Anime and Gaming!

New articles every Friday about either the hottest Anime or the greatest Games!

I apologize for any lackluster design and webpage layout for the time being. I've never actually run a blog before. Hopefully over time I'll begin to learn more! As for now, if you don't like how something looks, tell me about it and I'll fix it right up!

The Studies of a Born and Bred Nerd
Loading Comments...